Special Agent Vazquez began his Federal career in 1993 after having served with the State of Florida for six years. During his tenure with the state, he held the positions of a Florida Highway Patrol State Trooper and Criminal Investigator. Before joining the DOT/OIG in 1997, he served as a U.S. Probation Officer in the Southern District of Florida as a field and court officer. Special Agent Vazquez has specialized in criminal cases in the field of aviation specifically involving hazardous materials and suspect unapproved parts. He has also specialized in seized computer evidence recovery and computer intrusion investigations for over a decade. He attended the FBI Academy and the Federal Law Enforcement Center pursuing advanced courses in computer forensics and intrusion investigations. For the past five years, he has been assigned as a fulltime Computer Crime Agent with the Computer Crimes Unit and was promoted to Senior Computer Crime Agent. Special Agent Vazquez is Certified Forensic Computer Examiner and a Seized Computer & Evidence Recovery Specialist. He has a bachelor’s degree in Criminal Justice with minor coursework in computer science. He is a recipient of the Secretary’s Award for Meritorious Achievement (Silver Medal) and various other awards and recognition.​ 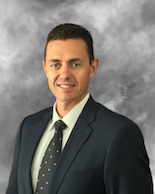 Darren Freestone has been volunteering for IACIS since 2002 and joined the Board of Directors in 2019.  He has 16 years experience in law enforcement and now works in the private sector.  His skills and experience include digital forensics, open source intelligence, R&D, reverse engineering, training and software development.  Darren wishes to see IACIS continue to grow its Read More »